#140 Snow Leopard: How Legendary Writers Create a Category Of One | Nicolas Cole, Author and Co-Founder of Category Pirates

Learn the art of category creation and why it’s your key to avoiding infinite competition as we break down Snow Leopard by Category Pirates.
Written by
Daniel Scrivner
Last updated
October 12, 2022
–
13
Min Read
Share 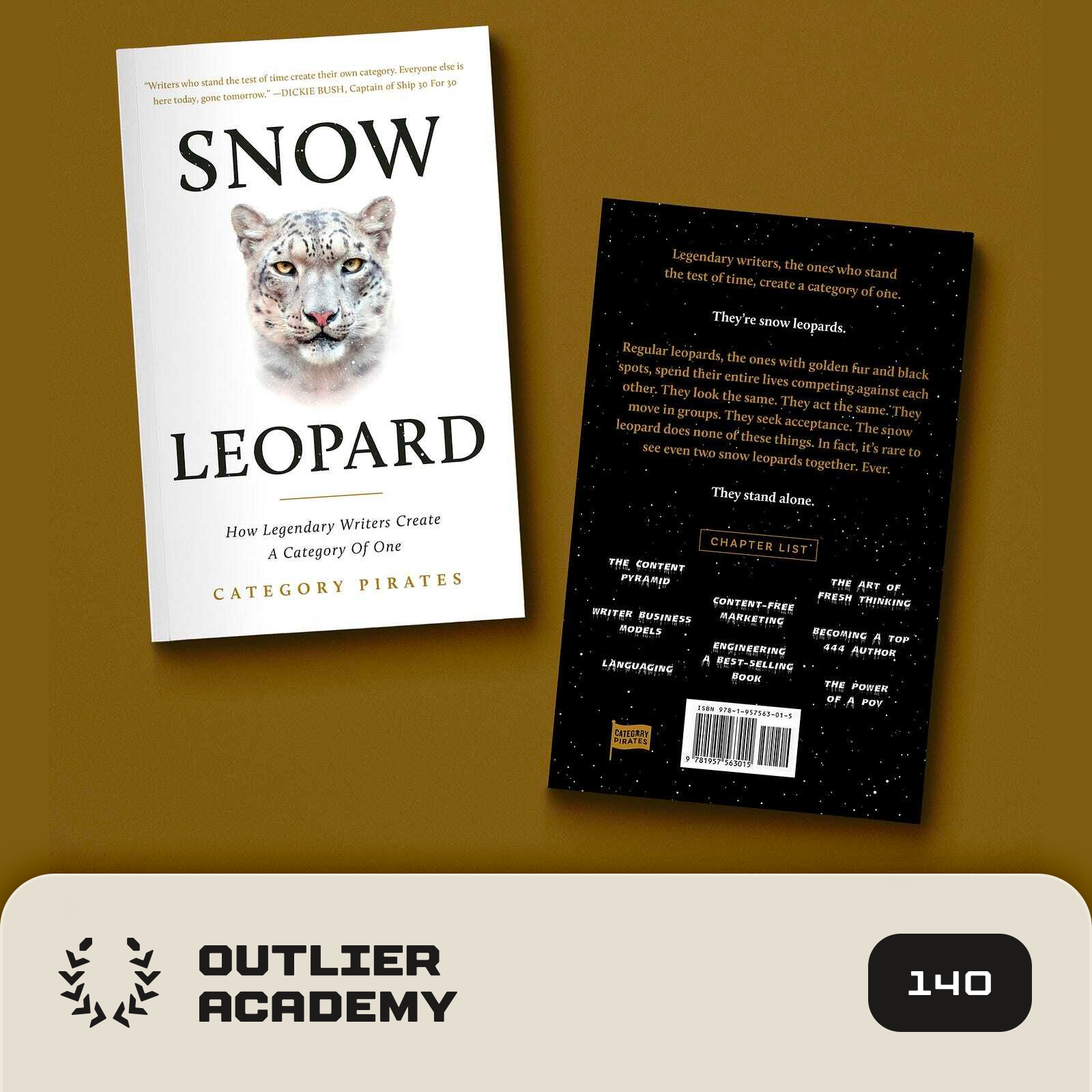 Snow Leopard: How Legendary Writers Create A Category Of One by Category Pirates (Nicolas Cole, Christopher Lochhead, and Eddie Yoon) shares why all legendary writers who stand the test of time create a category of one. In decades past, David Ogilvy, Gary Halbert, Leo Burnett, Gary Bencivenga, Al Ries & Jack Trout, and many more master communicators have all written about the psychology behind how messages spread. Snow Leopard builds on their work with dozens of new insights and frameworks, and brings category creation and design into the digital age.

Nicolas Cole shares the lessons he’s learned as one of the internet’s most-read writers, including why he’s fascinated with reverse engineering written work—from James Patterson novels to Twitter threads—into templates writers can use, why all great writing changes the reader, why his superpower is his ability to endure boring things for longer than others, and so much more.

“Writers without niches are starving artists. Because again, they’re just competing in these massive competitions. Writers with niches are category kings.” — Nicolas Cole

If you enjoyed this episode with Nicolas Cole, don’t miss our other interviews with writing and category creation experts:

Tagged:
Founders
,
Books
,
Nicolas Cole
,
Author
,
Enjoy reading this? Share it.
Link copied!
BE THE FIRST TO HEAR
Be the first to receive new articles and episodes as soon as they’re released.
Subscribe
FOLLOW DANIEL

In Episode #126, we deconstruct Saad Alam's peak performance playbook—from his favorite book to the tiny habit that's had the biggest impact on his life. Saad is the Founder and CEO of Hone.

Listen as we decode daily disciplines, favorite books, favorite Baronfig products, and more with Joey Cofone, Founder & CEO of Baronfig and author of The Laws of Creativity.